Ask any professional what they use for leveling huge surface areas quickly, and you may hear many of them tell you about the Makita belt sander.

A Peek At Makita’s Belt Sanders

While there is a lot in Makita’s lineup of power sanders, here are 3 of their most reviewed belt sanders. 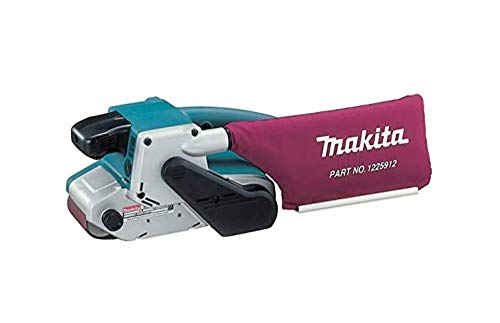 If you’re looking for a Makita belt sander involving materials of different quality, then The Makita 9903 is one you probably should look at. This tool in particular features a speed control dial that can take the sanding belt ( 3X21 inch ) to speeds as low as 690 ft/min, as high as 1440 ft/min, and any speed in between. This system is backed up with a bolstered tracking system to make sure that the belt continues to sand in a straight direction even if you keep on adjusting the speed on the sander. 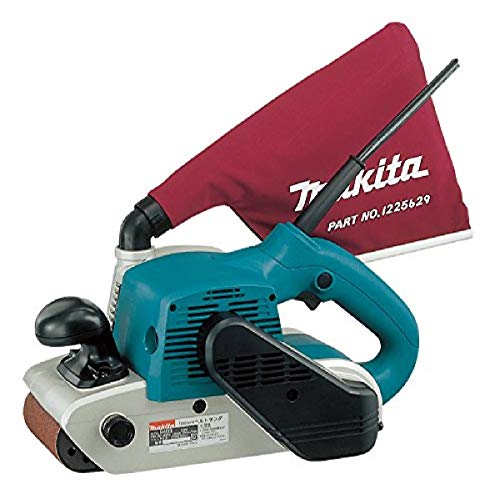 The Makita 9403 is built for sheer leveling power. One thing you may notice right away on this tool is the belt speed: 1640 feet per minute. You read that right. That’s more than enough material removing speed to handle much tougher woods and metals with ease. The Makita 9403 takes a wider belt than usual to ensure that the speed on this monster is used to the fullest (belt size 4 X 24 inches). While that is already impressive on its own, Makita takes it further by taking measures to ensure that this is not just one of the strongest, but the quietest belt sanders for its build: At only 84db, it’s not actually silent, but it’s enough to keep the entire sanding experience more tolerable.

Unlike the Makita 9903, this is a belt sander that produces a constant speed. If you’re looking to level a lot of tough space quickly, The Makita 9403 is one of the best sanders for the job. 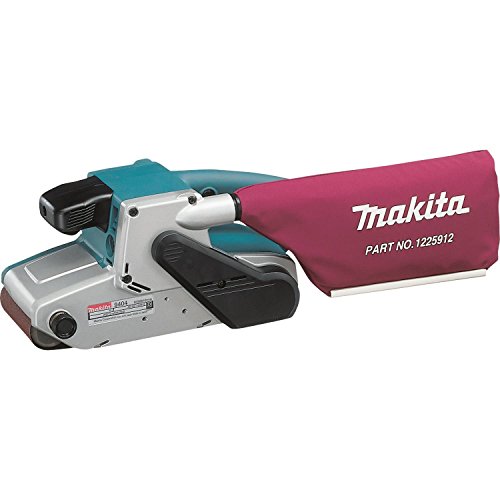 The significant increase in the width and length of the belts that the Makita 9404 could handle may leave some more discerning woodworkers and operators wishing that the motor could have been stronger. It’s good for covering wide areas, but make sure that you use the belt sander for leveling moderate to soft materials if you’re expecting to save some significant time.The Makita 9404 is similar to the Makita 9903, in the sense that it carries the same motor; they both run at 8.8Amps, and they are both quieter at ~85Db. They also have the same speed control dial, at the same minimum and maximum speeds (690 – 1440 ft/min). The only distinct difference between these two models is the belt size on the Makita 9404 is wider and longer ( 4X24 inch ). You are able to cover more space at once with this sander.

Why Choose A Makita Belt Sander?

What guarantees do I have that a Makita belt sander is what I need in particular?

What sort of maintenance does a Makita belt sander need?

Though there are a lot of belt sanders capable of helping you cover everything you need regarding sanding, there’s just something special about Makita’s collection. If you’re looking for a quick and stress-free sanding experience at a price a little higher than usual, then choose the Makita belt sander for your needs.